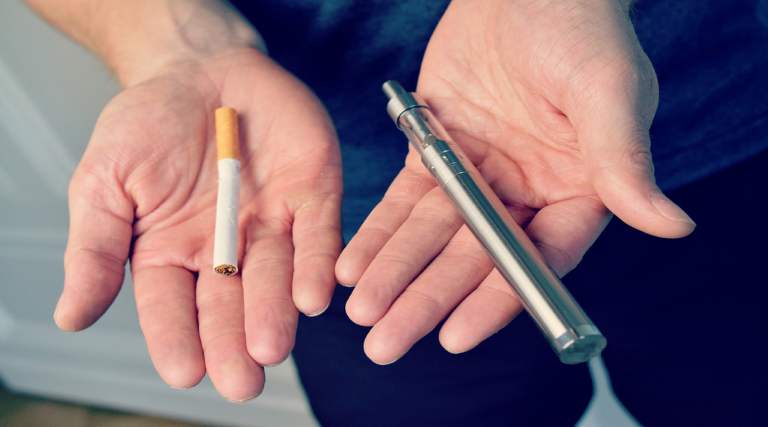 Smoking is a burden in more ways than you may think. Despite the obvious health risks, many of us can underestimate the cost of smoking, and how much it eats into our cash reserves over the course of a year.

The average UK smoker uses around 10-20 cigarettes a day, with each pack of 20 costing up to £11. In a year this adds up, hitting an estimated spend of around £3500 per annum. That's one hell of a lot of money!

And it won't stop there, as increased UK smoking taxation comes into effect every few years, adding a not insignificant increase to your spending. The Independent Cancer Taskforce, in an effort to reduce cancer risk in the UK, has recommended a 50% price increase for cigarettes in 2020. While by no means confirmed by the NHS, the growing support for anti-smoking legislation could mean that such policies will find support soon enough.

So, things aren't looking too great for smoker's economic security. How then can you reduce those costs that are ever threatening to grow? Well, this is a vaping blog after all.

Yes, vaping, our little friend who is looking out for your health and your wallet. And to get to the point, vaping is much cheaper than smoking, by a huge margin. Lets look at the facts.

Lets say you're a brand new vaper; you need a kit and some juice to get started. A good place to begin would be an Aspire K2 Kit, coming in at £34.99. The K2 is a simple stick battery that comes with everything you need for your device, plus 2 free Vape Co own brand juices. So that’s the initial investment squared away, something which can put people off vaping.

But looking at it more carefully, this reliable device that can last you a few years, costs less than the average week spend for a smoker. £42.01 less, to be exact.

So now you have a device, but what exactly will you be spending each week? You'll need replaceable coils and juices. For the K2 kit, you'll be using Aspire BVC's, which cost £2.50 each or £10.99 for a pack of 5. Each coils will last around 2 weeks once installed.

As for juices, a 10ml bottle will sell for £4.50, with cost cutting multi-buy deals to reduce the price even further. Each bottle will last the average vaper around 3 days, or just under.

And it can be even less depending on your device of choice and how much you smoke day to day.

Vaping cuts cost, cancer risks and toxins. Its a trifecta that cannot be ignored. The UK is becoming more hostile to traditional tobacco products every day, and vaping is set to take the stage as a new way to enjoy smoking without having to blow the bank or risk your health.

Now is the perfect time to join the growing number of people ditching smoking for vaping. You'll save money, and maybe even your life. That’s sounds like a good deal to us.

Previous Quitters: Amy and Anil Next E-cigarettes 97% safer than smoking according to new study
Categories
Recent Posts
The world of CBD is expanding
Vaping Product Options For The Menthol Cigarette Ban
COVID-19 Statement – The London Vape Company
To Top
Trustpilot