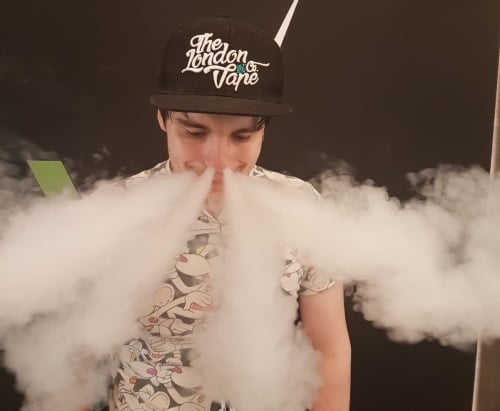 Beneath the very crust of the earth, a remnant of a life once lived rummages through the wreckage of the old world. Its clammy, boney hands caress inexplicable objects from the lost society above, its simple mind unable to comprehend their worth or meaning.

Something catches the creatures eye, something unnaturally preserved, seemingly immune to the ravages of time. With uncommon care, the beast inspects the small, leather bound book, taken with its beauty. It can almost hear a soft, intimidating whispering, inviting a closer look.

Suddenly, the artifact bursts open as an ungodly, shrieking noise erupts in the dank cavern. Blinding light illuminates the creatures visage, as it stares, frozen in terror at the contents within.

For the first, and last time, the creature speaks, screeching the words contained within as it is locked in petrifying horror:

'ITS TIME TO MEET THE STAFF!'

Hi readers, its that time again to meet our colorful collection of wondrous staff members, the very life blood of The Vape Co.

This time, we travel all the way down the the center of the hippest and the coolest area in London to meet the manager of of our Camden Branch: Hugh (Videogamus Spentallmymoneyus).

Hugh is a beloved member of The Vape Co, and has hopped around London to work with us in nearly all of our stores. Hugh is well know with our customers thanks to his fantastic service, work ethic, collection of awful jumpers and seemingly inexhaustible supply of hats.

Hugh spends his time working hard to keep our Camden branch in tip top shape, and is never afraid to call senior staff to ask questions. Like, all the time. Often early in the morning. Or after the stores are closed. Or just as you've jumped in the bath. Or during a funeral. Hugh has a talent.

Hugh is a video game expert, previously studying game design. Yet somehow this hasn't stopped him defending the garbage he wastes his money on. Many fights have broken out due to Hugh's reckless abandon with what he feels is worth his hard earned money, often to the point of bloodshed.

Speaking of bloodshed, Hugh always seems to have a new injury to tell you about. You can spend hours listening to his death defying stories about broken glass, MMA training mishaps and general incidents that would make a green beret shiver.

Despite his ability to find himself in the center of numerous Evil Dead-style body horror moments, Hugh is someone we've grown to rely on. Always giving 173% to his job, bending over backwards to help the business and generally being a godsend for the Vape Co.

You can always count on Hugh to get the job done, and because of that we salute him. Never leave us Hugh. Never ever.

Hold on, he's calling me.